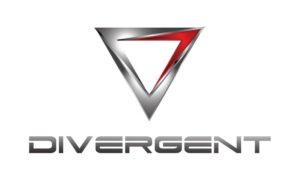 ‍Divergent 3D is a technology development and licensing company. Led by Founder & CEO Kevin Czinger, Divergent 3D has invented the proprietary Divergent Manufacturing PlatformTM, which radically transforms the economics and environmental impact of designing and manufacturing complex structures such as cars. Divergent 3D aims to put these new tools of production and innovation into the hands of teams all around the world, resulting in a sustainable path forward for the car industry and beyond.

‍LMGPR began working with Divergent 3D in late May 2015, less than two weeks before the company was set to launch at the annual Solid conference in San Francisco. The launch included the official unveiling of “Blade,” the first 3D-printed supercar along with the proprietary Divergent Manufacturing Platform. LMGPR was tasked with generating buzz about a virtually unknown company and a technology that until now had never been proven.

‍With just 10 days before the launch, LMGPR sprang into action with an aggressive outreach program aimed at top-tier media outlets to conduct 1:1 briefings with the company. Using company assets such as photos, videos and research, LMGPR began to educate the media on the hazards of automotive manufacturing and how Divergent’s 3D-printed approach radically reduces the pollution and production costs associated with traditional manufacturing. Following the official launch, LMGPR built upon the momentum with a targeted approach across several verticals including automotive, 3D and green tech. LMGPR also looked to establish the company as thought leaders through speaking engagements, while continuing to showcase Blade at high-profile automotive shows.

Divergent’s initial launch at Solid was a major success. Articles from more than a dozen publications including USA Today, Financial Times, Forbes, and CNET hit on the day of the event, providing the foundation for a groundswell of buzz that would build to more than 400 articles over the next six months. The coverage would culminate with a cover story in Popular Science and an appearance on Jay Leno’s Garage. Speaking engagements at VIP events including Xconomy, Singularity University and automotive events solidified the company’s position as trailblazers and thought leaders in the fields of 3D printing, automotive and green technology. Divergent would also go on to win several awards and recognition including Popular Science – “Best of What’s New” award, Frost & Sullivan 2016 North American Technology Innovation Award, “Moonshot” status from Google’s Solve for X, and a 2017 Road & Track innovator.