Writing the Story of Innovation with Jonathan Littman – Episode 31 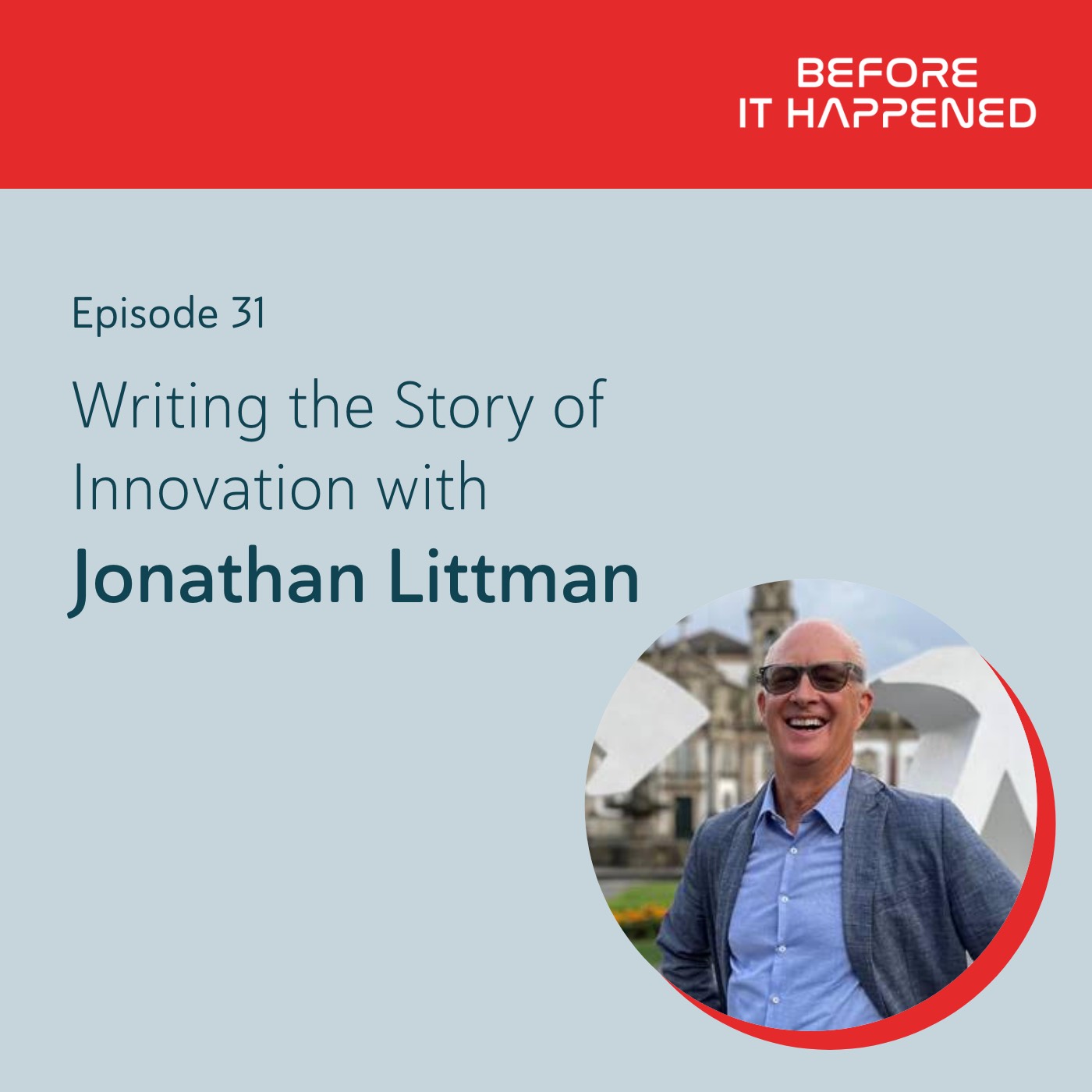 Jonathan Littman has always been in search of a good story.

Whether it’s a piece of investigative journalism, a sprawling work of narrative nonfiction or a way of giving a face and a beating heart to the innovators who change our lives, Jonathan takes a story-first approach to anything on which he puts his name.

And as it turns out, he has his name on quite a few things.

I wanted to talk to Jonathan about his work with entrepreneurs and innovators, including his most recent book, The Entrepreneur's Faces: How Makers, Visionaries and Outsiders Succeed. But to get there, there was much to discuss about how he went from a pioneering tech journalist in the early days of Silicon Valley to a renowned innovation guru.

“Life is about finding a passion,” Jonathan told me. “I’m definitely passionate about telling stories. And you add to that the thought of building something new and creating can be thrilling too. When I’m writing, I’m a maker. But I also collaborate with other makers. Both are equally as exciting to me.”

Jonathan grew up in San Francisco and started writing for his school newspaper in high school. He continued to practice journalism while attending the University of California at Berkeley. Rather than major in journalism, Jonathan studied rhetoric, where he learned to look at writing as a form of creation rather than analysis. This nuance would change his life as he soon became fascinated with computers and coding. These seemingly disparate interests would soon become passions that converged almost immediately after graduating.

After first working independently writing user manuals for software companies, he discovered a handful of new magazines covering technology and startup culture in a way not seen in traditional media. He wrote for one of the earliest incarnations of PC World magazine and was hired as the first news editor at MacWeek, a small trade journal whose mandate was to cover all of the goings-on at a small startup called Apple.

“That was the springboard,” he says of his time at MacWeek. “It was journalism, it was exciting. That’s where things started to happen for me.”

And happen they did. His work caught the attention of the founders of the influential design firm IDEO. He collaborated on a series of influential books with IDEO co-founder David Kelley and brother Tom Kelley, including the bestselling The Art of Innovation.

Jonathan’s work with IDEO helped change the way people looked at innovation. It helped launch an entirely new career as he became an in-demand speaker and consultant for startups and entrepreneurs. He’s continued to work as a journalist over the years—he was a Pulitzer finalist for a freelance series he did for the San Francisco Chronicle on a murder at the Cabazon Indian reservation—but he’s never strayed too far from the startup world.

Today Jonathan runs the incubator and innovation hub SmartUp.life. And his most recent book—The Entrepreneur’s Faces, which he wrote with his partner Susanna Camp—is a riveting look into the different paths different types of entrepreneurs can take to success. But the greatest lesson he has to share with entrepreneurs is that innovation and entrepreneurship don’t exist in a vacuum—and he’s living proof.