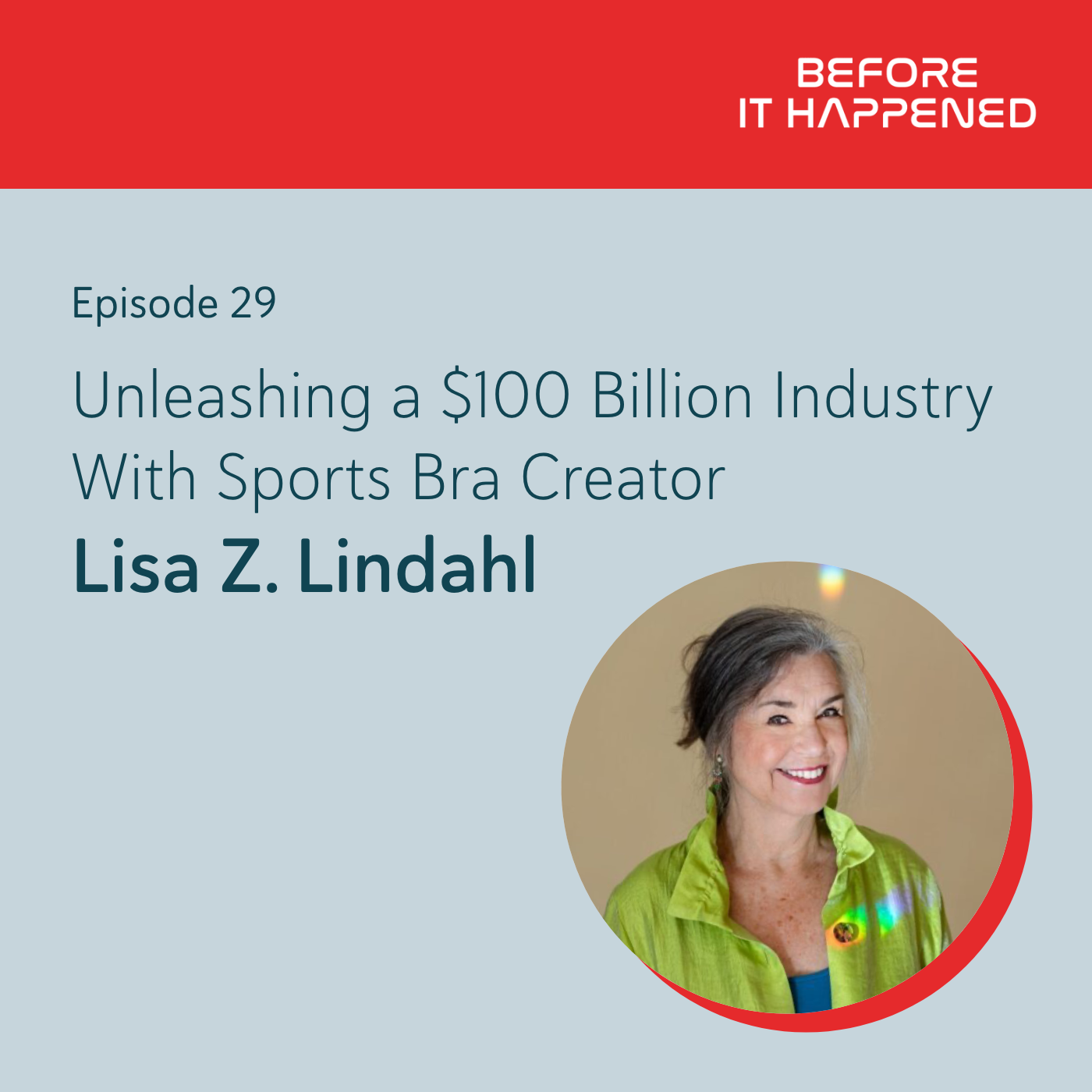 Lisa Z. Lindahl will be the first to admit she was in the right place at the right time.

It was the late 1960s, and Lisa found herself right in the middle of two seemingly unrelated movements: She was a second-wave feminist, which meant she was part of the movement to end gender-based inequality and discrimination. She was also a jogger—which may or may not have even been a word at that point. Running for fitness was a relatively new concept in Western society, but Lisa was already becoming addicted.

There was just one problem with jogging: For women, it hurt.

Lisa's discomfort from her bouncing breasts while running in a traditional bra was extremely painful. But she didn’t want to give up on her new passion, so she improvised. In 1977, she and two of her friends set out to create an undergarment for women that offered more support when they exercised. The initial prototype consisted of little more than two men’s jockstraps sewn together. But they patented the idea, designed an actual prototype—and the sports bra was born.

By solving a problem that had never been—or needed to be—addressed, Lisa created an entire industry of her own. And today, the womens’ athleticwear market is worth over a hundred billion dollars.

“Today, women are just used to comfortable bras when they exercise and play sports,” Lisa told me. “But it just didn’t exist at the time. When people talk to me about how we created a whole industry, I just think it’s amazing. I had no idea that was going to happen. It was just the right idea and the right product at the perfect time.”

While her invention would eventually be known colloquially as the “sports bra,” the original brand name of the product she and her partners brought to market was Jogbra. Lisa became president and CEO of the company with no prior business experience. At first, she found herself asking anyone and everyone for advice.

“We would ask questions all the time,” she said. “Accountants, lawyers, anyone who knew more than we did.”

She may have been green, but her business was a smash right out of the gates. Though Jogbra started as a lean operation, as her team got bigger, so did the business itself. During the 13 years Lisa ran the company, the company grew by 25% per year. But in 1989, she started to wonder if it was time to get out. When she first developed the Jogbra, she tried—unsuccessfully—to sell it to Playtex Apparel, the largest manufacturer of women’s undergarments in the U.S. In 1977, Playtex passed. After watching Jogbra dominate the women’s sportswear segment for more than a decade, by 1989, they were ready to talk. By 1990, the deal was done.

Today, Lisa is an artist, indulging another lifelong passion of hers. She has dabbled in business over the years—she helped develop and launch a bra designed specifically for breast cancer patients in the early 2000s—and has been a vocal and influential advocate for epilepsy awareness and research. Lisa herself was diagnosed with the disease at age 4 and said her struggles, especially early on, helped inspire her to embrace fitness, particularly running, in the 1970s.

“When I think of what running had done for me, the sports bra ended up helping other young women and girls to get to get there as well—to be empowered and embrace their fears,” she said. When I realized that, I finally got what it meant to people. You know, sometimes people say, ‘Aren't you proud of yourself and what you did?’ And the answer is actually no. What I am is humbled.”