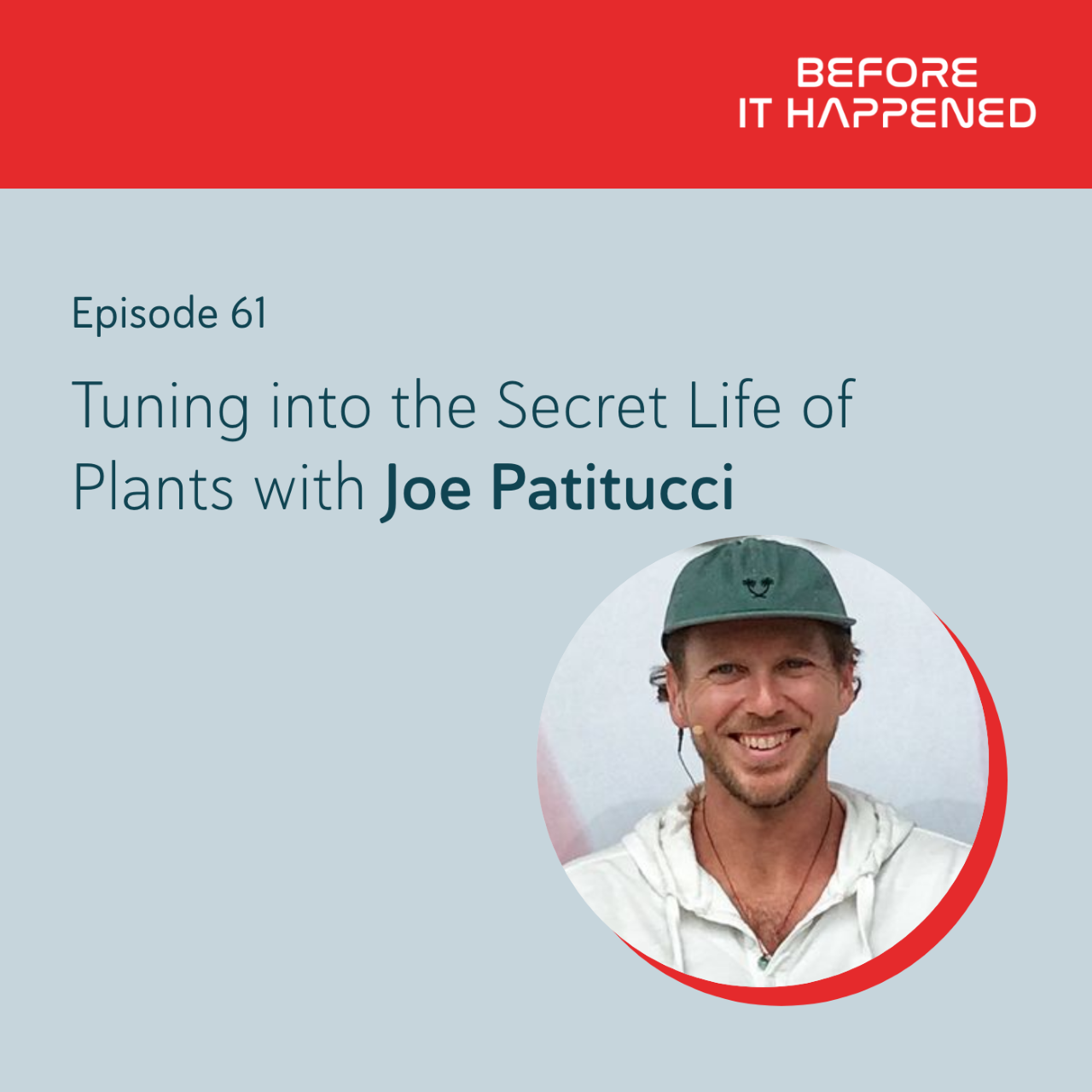 PlantWave is a device that channels the internal energy of plants into a real-time, generative stream of music – what creator Joe Patitucci calls, “a sonic window into the secret life of plants.”

Modern life can be isolating. We’re wrapped up in our social media feeds, rushing to log into the next Zoom meeting, hurtling down the road in our metal capsules, or holed up in our houses. Being cut off from the natural world often leaves us feeling disconnected from ourselves and others. Enter Joe Patitucci, who’s spent the last decade developing devices that connect us to nature.

“You know how it feels when you walk through the forest and there's that feeling of connection, of relaxation?” asks Patitucci of Data Garden, an innovative platform that specializes in nature-based data sonification systems. “A lot of that comes from the stochastic aspects of the natural world. There's a randomness and shifting of patterns when you’re lying under a tree and staring at the sunlight coming through the leaves as the wind blows and the trees rustle.”

Patitucci builds on this feeling of mindfulness with PlantWave, a device that channels the internal energy of plants into a real-time, generative stream of music, what he calls, “a sonic window into the secret life of plants.”

How does it work? As you attach sensors to a plant’s leaves, PlantWave detects slight variations based on the amount of moisture within those leaves. The sensors then process those variations as a wave, translate them into a pitch, and run the pitch messages through simulated instruments, to play a soothing, ambient track à la Brian Eno. “PlantWave helps to connect people more to the moment, to be more present.” Users, says Patitucci, report feeling more relaxed, connected, and inspired.

Computers, music, and nature have always come together for Patitucci. His father was a computer engineer, his mother a music teacher. The family split their time between their rural home in Upstate New York and the jazz bars of the East Village. He spent a lot of time in the family’s rural backyard as a child, playing among the wild strawberries, catching fireflies, and “being really close to nature.”

In high school, he picked up guitar and also began to record his own music, traveling and performing in India with a friend who later became the celebrated musician Diplo, and playing SXSW with his college shoe-gaze band. After college, he discovered a talent for organizing big events, as music director of TedX Philadelphia.

The exposure to inspiring changemakers following their passion prodded him into entrepreneurship. Joe was a natural promoter who loved to attract a crowd. As he drew energy from being around a “great community of like-minded artists and musicians working together on a common goal and being psyched about it,” he recognized “it wasn’t just a day job.”

He found his calling. While working for TedX, he made his own electronic music based on his immersive experiences in nature. “I would walk around in the forest and collect different sounds,” he says. “And I would take those sounds back to the studio and write music around it.” He started to wonder, what if the plants themselves could create the music?

Patitucci developed a technology he named “MIDI Sprout”, which would take plant data and translate it into MIDI, a musical language for computers. This tool attracted a lot of attention from “musicians, artists, coders and nerds.” Before long, he was traveling the world to create gigs at museums and festivals. One project, launched in 2021, is Singing Trees, a permanent installation on Boston’s harborfront. “People can come from all over the world and just listen to the trees.” The result is this “totally chill harmonious sound,” he says, “Four trees singing in harmony together.”

PlantWave is his newest creation, a way of bringing the technology down to an individual, household scale. Launched on Kickstarter in 2019, the device quickly sold out, and is now on its fourth generation, and “it’s been a challenge just to keep it in stock.” The product is available for pre-order on the PlantWave website. For Patitucci, the device has helped him be a better custodian for his house plants. “I think that a plant that is connected to a PlantWave is naturally going to get more attention than the other plants.”

But don’t just take our word for it. Listen to Patitucci’s plants sing at Plants.fm.