Tracing Our Food Supply on the Blockchain with Niamh O'Connell 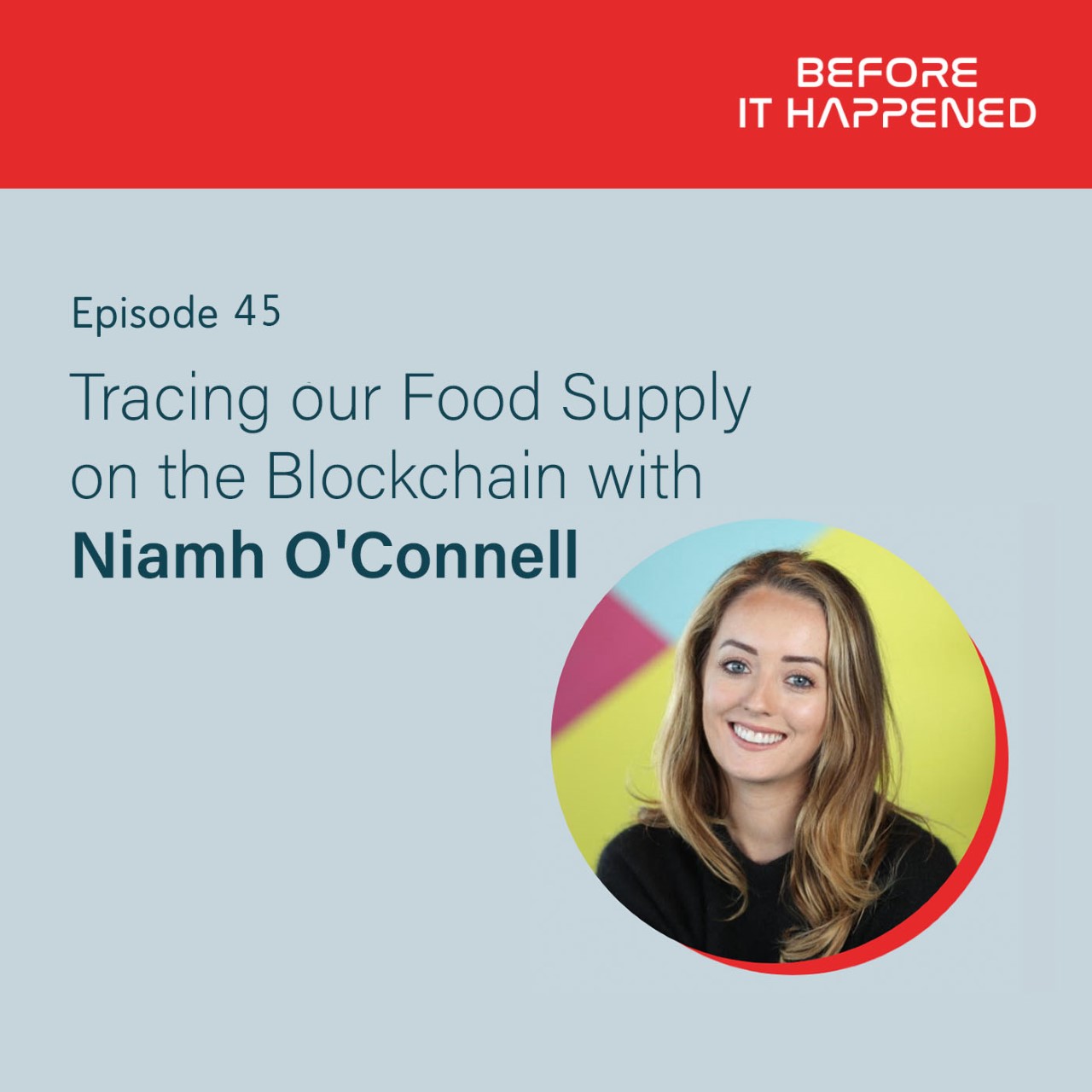 As one of blockchain’s earliest evangelists, Niamh O’Connell probably knew how the technology could help you or your business before you’d even heard of it. So while most of us are still trying to wrap their heads around blockchain technology as it exists right now, Niamh is trying to help us figure out where it’s going.

Niamh is the senior manager for business development at CasperLabs, one of the leaders in the relatively new world of enterprise blockchain technology. They’re a bleeding-edge company whose aim is to help organizations find ways to incorporate blockchain into their businesses. And figuring that out has become Niamh’s stock in trade.

“There’s still so much education and awareness that needs to happen around blockchain and one of the most important decisions a company can make right now is picking the right infrastructure from the get-go,” Niamh told me. “The technology you choose will determine the level of functionality you can achieve.”

Blockchain technology was developed all the way back in the late 2000s, but it has only reached the public consciousness in the last couple of years. Niamh’s introduction was somewhere in the middle. Just out of college in 2015, Niamh, a native of Dublin, Ireland, took a job in the Dublin office of Delloite. The global consulting giant was sponsoring a blockchain hackathon and was hoping to find its way into the space, which was still only percolating in the digital underground.

“I was the project manager [for the hackathon sponsorship], so I attended, but I had no idea what the technology was really about,” she said. “At the time, there was so little information about it online. There were maybe a couple high-level papers out there, which I read. But I didn’t have any real meaningful understanding of it. So at the hackathon I just started listening and learning.”

She proposed to Delloite that the company put its loyalty program on the blockchain and she helped build their internal proof of concept and later helped establish its blockchain lab for Europe, the Middle East and South Africa. She also began to develop training materials for C-suites to educate them on how they could use and scale the technology for their businesses.

“Once the clients started coming in, I was managing projects for them all over the world,” she said.

One of Niamh’s focuses of late has been bringing blockchain to the food and beverage industry—a space where she sees enormous possibilities to involve not only businesses themselves, but also their customers. The idea is to put a business’s supply chain—whether a restaurant chain, an organic packaged food brand or even your favorite local eatery—on the blockchain to be able to track a product from its source all the way to your plate or pantry.

And as more customers learn how to use this technology to their benefit—say, to discover where their can of tuna came from, if it was sustainably sourced or used less water than other brands—companies can begin incentivizing buyers to pinpoint counterfeit products and get them pulled from shelves.

“This technology is really providing a new foundation that can enable us to make more informed decisions,” said Niamh. “And it has a massive opportunity to really replace all types of systems and build them from the ground up so we can find out new ways how commercialize and incentivize the right behavior because we're able to prove who owns data which hasn’t really been possible before. So I find that really, really exciting and it's applicable to every single vertical and every single person on this planet.”