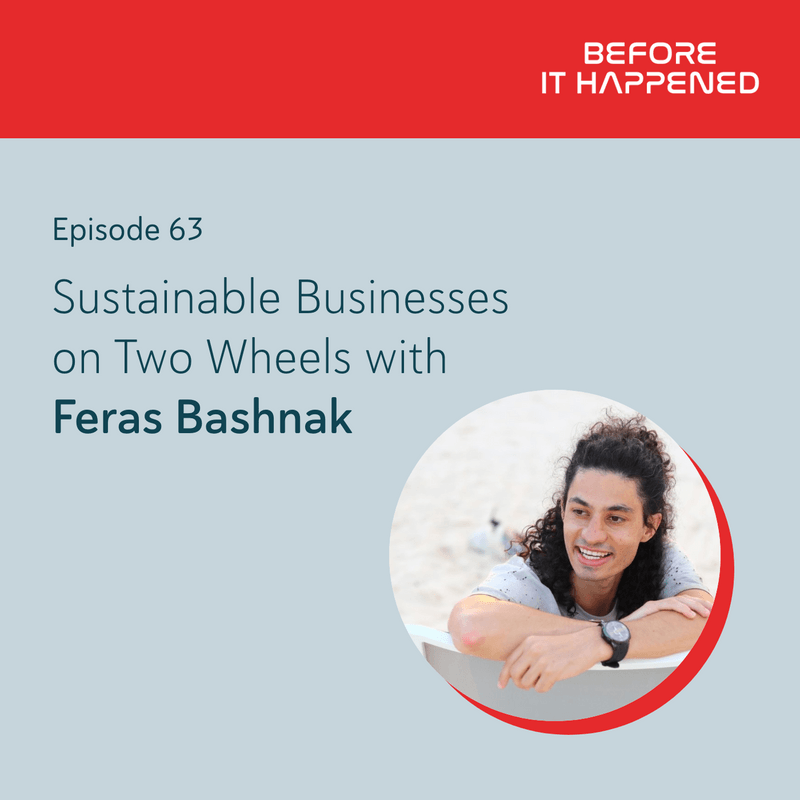 There are more than a billion bicycles in the world. That's a lot of people biking at any given time. But until now bikes have been mostly limited to commuting, recreation, and exercise. Serial entrepreneur Feras Bashnak brings the world a totally new, sustainable, smart metro approach with Ferla Bikes.

Feras Bashnak is a serial entrepreneur who knows first-hand the high cost of opening a business. Want to launch a brick-and-mortar restaurant? Half a million. How about a food truck? $100,000. Either way, you’re sinking a lot of cash into a huge commitment that you have yet to prototype ­– risks few young entrepreneurs are willing to take.

Tapping the empathy that comes from starting out in a new country with no network or safety net, Bashnak had his entrepreneurial “aha” discovery shortly after he moved to Los Angeles after graduating from the famous IHTTI School of Hotel Management in Basel, Switzerland. “It came at just the right time,” he says. “I saw an old woman pushing her fruit cart up a steep ascent, and she was barely making it up the hill. So, I just ran to her, and I helped. It was almost impossible to maneuver. It was so heavy. It was leaking. We made it to the top of the hill, but in that moment I realized that we have to do something else.”

Countless prototypes later, Bashnak is now founder and CEO of Ferla Bikes, a manufacturer of custom e-bike-powered food and retail carts. Inspired by the European cargo bike, the product is “basically a tricycle, with two wheels in front, a wheel in the back, and a wooden box compartment.” He’s adapted that foundation for all kinds of vendors. “Our customers became our engineers,” says Bashnak. “We always listen to them and produce and develop what they’re looking for. At the moment we have over 15 models.” From coffee bikes to ice cream bikes, retail bikes and carts, they’ve even created a s’mores bike with fire pit. What’s more, that prototyping mindset is passed down to the customer, with a minimal investment that starts at $2299 for an entry level model to about $10K for souped-up Ferla X with sink, refrigerator compartment, electric assist bike, and solar panels.

Ecologically, it’s a far better option than a gasoline-run and generator-powered food truck. Bashnak is quickly spawning a whole LA-based community of new business entrepreneurs running on 2, 3, and 4 wheels.

He credits his entrepreneurial parents for the inspiration and the encouragement to think outside the box. Syrian immigrants who arrived with “one suitcase and a guitar” to Soviet-era Kazakhstan in the 1980s, they had no connections or government subsidies, only big dreams and a do-it-yourself mentality. Bashnak’s father started out selling auto parts, and ended up becoming a major retailer for Mercedes and BMW before building a commercial and residential real estate empire. His mother opened a specialty supermarket and later a spa and salon. They always encouraged him and “supported my abnormal ideas” and daredevil extreme sports that landed him more than once in the hospital.

Today, he’s left his youthful recklessness behind, but still keeps an open mindset. His “never decline any requests” mentality has led to him to take on all kinds of ideas, and pivot most recently to a family-friendly cargo bike. “I wanted to bring European culture to the United States,” says Bashnak. “It’s green, it’s sustainable, it’s fun, and they’re really safe for the kids.” This is especially important in a city like LA with eco-conscious families and fewer commuting options.

Bashnak remains empathy driven. “I get to wake up every day and go to work and create something better for my community.” And take more than a few gasoline engines off the road.