Powering the Future of EV Transportation with Alan Dowdell – Episode 58 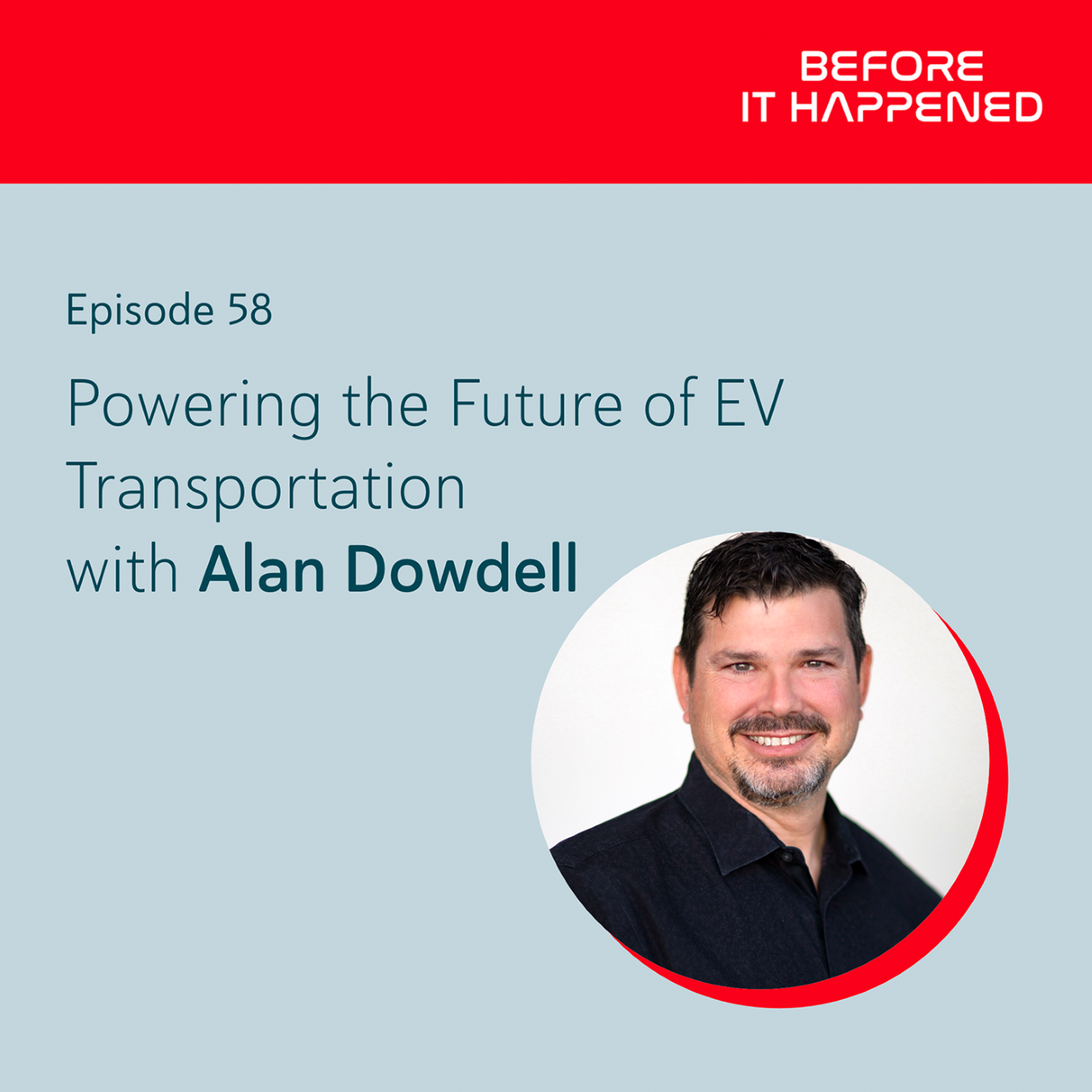 “Hey, that's interesting,” Alan Dowdell recalls thinking, the first time he heard about electric and autonomous vehicles. “That's going to be something.” He began researching a burgeoning new company called Tesla, and was fascinated not just by the technology but about the data driving this new market. Now CEO of REVO Powertrains, Dowdell’s revolutionizing the transportation industry by delivering world-class EV technology where it’s needed most: trucks and buses.

Alan Dowdell is tackling a $400 billion global environmental problem. That’s the total addressable market for powertrains for all the world’s trucks and buses—nearly all of which have the capacity for conversion to electric. Dowdell and his company REVO are meeting this enormous challenge head-on with an integrated platform that retrofits large vehicles with electric systems. This is big, bold, practical innovation. Converting some of the worst polluters to sustainable low- or no-emission fleets will be a massive step toward California’s goals of phasing out gas-powered vehicles by 2035.

Dowdell is a lifelong systems thinker who’s “not shy about asking the hard technology and engineering questions.” Coming of age in a Popular Mechanics household, everything was hands-on and DIY. Recalls Dowdell, “We never hired anybody to do any work around the house or on cars.”

His electrical engineering degree took him first to the Navy, where he joined the shipbuilding division of the submarine force—an engineer’s playground, where every day was a new challenge. “You've got turbines and hydraulic systems, you're creating your own oxygen and hydrogen, you're doing cryptography,” he explains. “Oh, and by the way, you get to pilot the ship from time to time.”

In the private sector, he manufactured optical fiber for Corning, then discovered his leadership skills. “Somebody immediately decided I was better at presentations and business than manufacturing,” he says. He earned an MBA from MIT’s Sloan School of Management and was well on his way to a comfortable career in business and manufacturing, until a fateful move to Silicon Valley opened his eyes to the potential of clean energy.

By chance he attended a lecture on connected and autonomous electric vehicles. “Hey, that's interesting,” he recalls thinking. “That's going to be something.” He began researching a burgeoning new company called Tesla, and was fascinated not just by the technology but about the data driving this new market. He began to see the opportunities in building a connected network of charging stations—and soon became VP of business development for ChargePoint.

From there he moved to Wrightspeed (now REVO). Founded by Tesla co-founder Ian Wright, the company was one of the first to tackle decarbonizing the heavy-duty truck sector, developing an electric powertrain designed to excel in applications that feature excessive starts and stops, with a primary focus on heavy duty trucks and buses. It’s a critical transport pollution pain point to target: the trucking industry has less stringent emissions standards, making trucks among the heaviest polluters.

Dowdell’s been CEO of REVO since 2020, and has sharpened the focus of his company’s flagship RePower Platform, which converts existing diesel, class 6 & 7 trucks and buses into clean, safe, and electric vehicles. Because trucks are more uniform than cars, it’s simpler to replace gas-powered engines and related systems with battery-charged electric systems.

Improving the environment is goal number one. He envisions a transition to EV that has already started in the passenger car space. Right now, “when you’re in Palo Alto and you pull up to a red light, three or four out of the ten of the cars around you are fully battery electric, mostly Teslas,” says Dowdell. “In 2035, the same thing's going to be happening on the I-80 connector, with battery electric trucks and buses all around you.”

For vehicle fleets, there are other key advantages. Fewer moving parts in the battery-powered drivetrain means lower maintenance. Fuel costs will also be dramatically reduced, with up to 30% estimated savings. And, since drivers love the experience of driving electric trucks and buses, Dowdell also predicts employee retention will be higher in the transportation companies.

REVO is doing its part in the trucking and large vehicle space, but Dowdell says there’s more work to be done. He points to design-thinking and problem-solving as key skills for future professionals to think creatively about transforming the industry. At all entry levels and areas of expertise, the transportation industry needs talent, from hardware and software engineers to HR and finance: people who are curious about and committed to solving the big environmental problems creatively.

We need to move fast if we’re going to wean the world off of fossil fuels and cut carbon emissions before it’s too late. Dowdell estimates we’re only about 1% toward full conversion of gas-powered vehicles. There’s never been a better time to hop on the new electrical wagon.