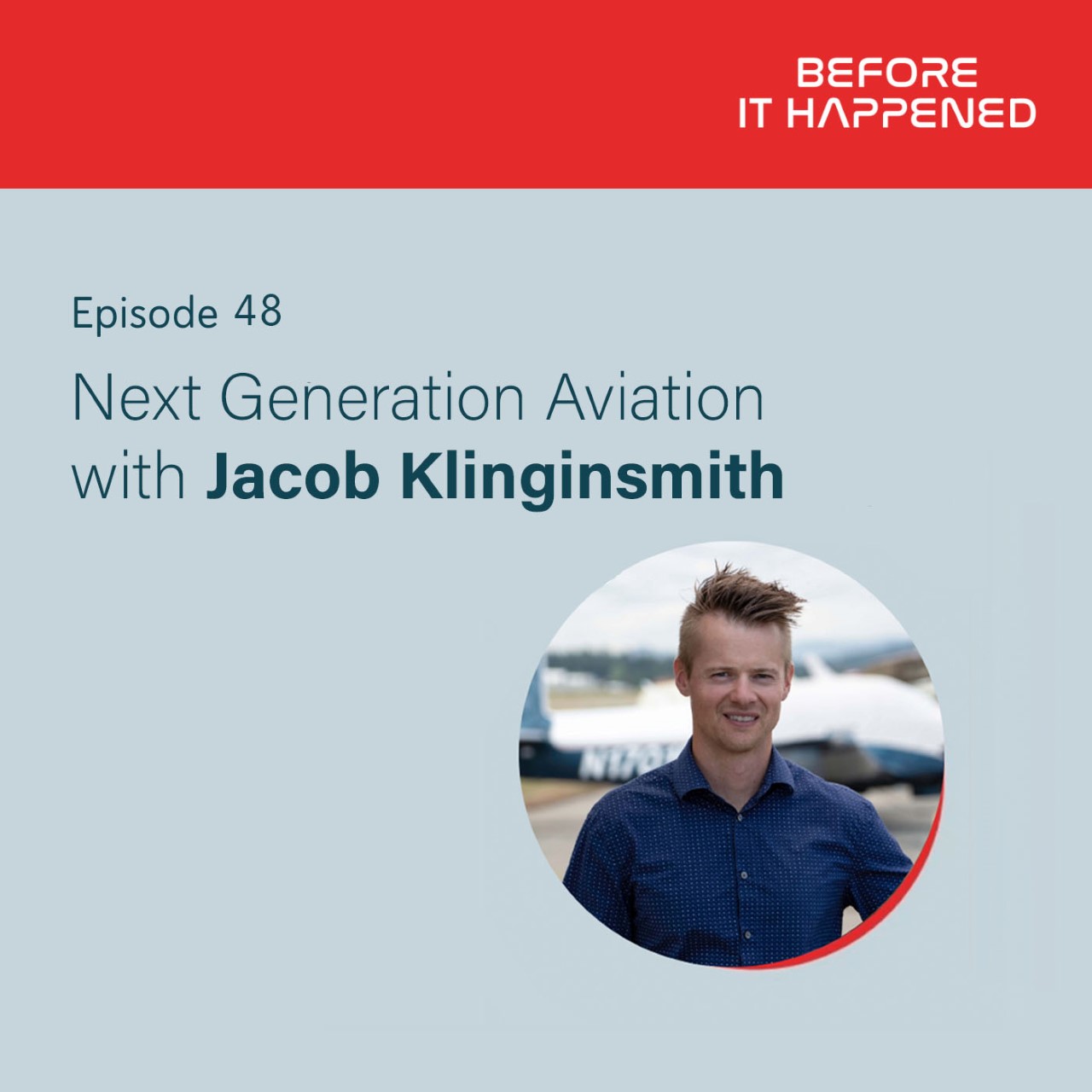 Growing up in the shadow of Boeing in Seattle in the early aughts, Jacob Klinginsmith was destined for a career in aeronautics. From the age of fifteen, he was the “default autopilot” in his grandfather’s Cessna, racking up flight miles and doing fly-bys at Mount Rushmore and Leadville, Colorado, “a bucket-list item for any pilot.” His mechanic father grounded him in how everything fits together, how to fix things, and how to see the world as a builder and pioneer. Shortly after graduating from the University of Idaho with a mechanical engineering degree, with thousands of flying hours under his belt, he was offered a job at Boeing.

But Klinginsmith had other ideas. He wanted adventure. He wanted to make a difference. His life and early career experience had shown him firsthand the serious sustainability problems wracking the aviation industry, with its excessive emissions and inefficiencies. Fuel costs also made flying ripe for disruption. In the past decade, there’s been a growing field of tech innovators changing the industry with electric and solar-powered planes, and sustainable aviation fuel such as green hydrogen. Among these disrupters was a small but influential company called Tamarack Aerospace Group, which Klinginsmith joined as Chief Engineer in 2013.

Tamarack had already patented its wing design alteration that extends a plane’s wingspan, so it performs more like a glider, and burns less fuel by decreasing drag. This also helps the plane climb better, to reach more efficient altitudes faster. “Tamarack is going to change the way the aviation industry deals with fuel efficiency,” says Klinginsmith, now president of the company.

Tamarack’s data backs these claims. Planes using the company’s “Active Winglet” technology have shown a demonstrated fuel savings of up to 33%. With a firm hold in the business jet market, Tamarack has its sights on the defense industry and the commercial sector.

Despite public perceptions, airlines, even those limited by traditional designs and technology, are not the biggest offender when it comes to carbon emissions. “Aviation gets beat up a lot,” Klinginsmith says, adding that globally, airplanes contribute less than 3% of carbon emissions. That said, projections done by Tamarack demonstrate they could improve commercial aircraft efficiencies by 10 to 15%, decreasing costs and even increasing the lifetime of the plane.

A huge part of flying, after all, is about reducing friction, about flying! If Klinginsmith and Tamarack continue to revolutionize the aeronautics industry, one day we’ll all be able to fly in greener, less carbon-emitting planes. Says the aeronautics expert, “There’s a huge opportunity to save billions of gallons of fuel.”