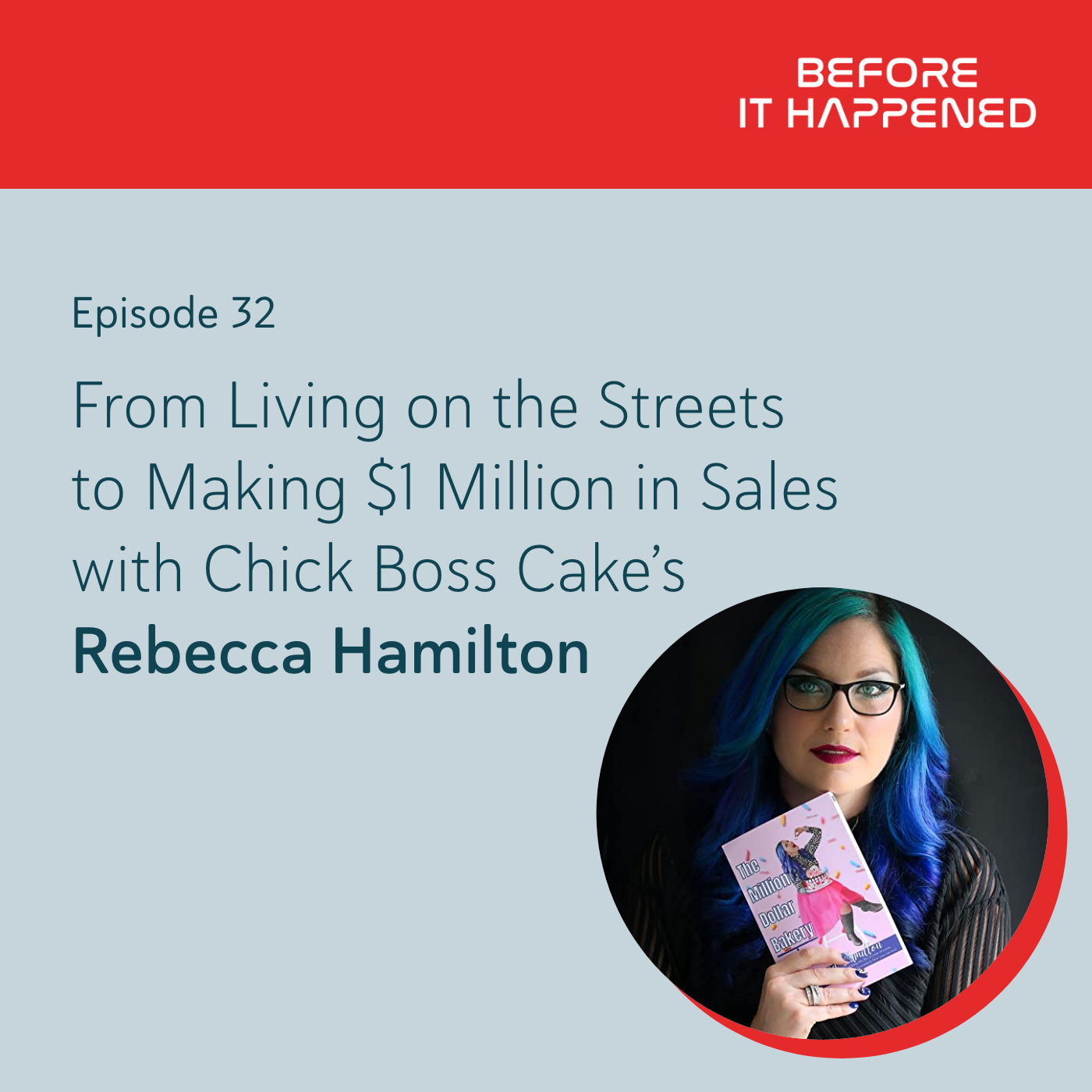 ‍When Rebecca Hamilton was young, she learned to bake at the feet of her grandmother, whose legendary cheesecake recipe was a family favorite. As an adult, Rebecca is building an empire with Chick Boss Cakes, her growing Ontario, Canada-based chain of bakeries.In between was a series of obstacles and setbacks that make Rebecca’s one of the most inspirational stories we’ve shared on Before IT Happened.Rebecca was born and raised in Ontario, Canada.

She had a difficult childhood largely thanks to a particularly poor relationship with her father. She says she and her mother suffered emotional abuse for years and when Rebecca was 16 she dropped out of high school and moved out of the house. She spent the next few years bouncing around from friends’ couches and cheap motels and even spent some nights sleeping outside on park benches.

Finally, after a string of bad relationships and menial jobs, she became a support worker at a women’s shelter. It was a job that she says saved her life. She started bringing in baked goods to share with the homeless women and she eventually started teaching them to bake and decorate cakes in the shelter’s kitchen. It was a revelation.“I realized that baking was a creative outlet for me,” she told me. “I fell in love with the whole process it. I’m an artsy person anyway, so it could’ve been painting or sculptures anything, really. But it happened to be baking because I also have a big sweet tooth. Art that you can eat. I think that’s the coolest combination.”

Her co-workers also became big fans of her confections and suggested she try starting her own baking business. Her boyfriend at the time—who is now her husband and business partner—supported the idea and told her to go for it.She took the name Chick Boss Cake from her favorite television show, Cake Boss—a program that had also become her muse. Though she’s 100% self-taught, she says the show’s star Buddy Valastro was a personal hero and creative inspiration. She started the business out of her kitchen and was selling her products to friends and family. But word spread quickly and soon friends of friends and distant acquaintances wanted a taste. So in 2015, it was time to move out of her kitchen and into a brick-and-mortar shop.“I thought, ‘I love doing this,’” she said. “I'm very passionate about it. And I realized that I could work and bake for 12 or 16 hours a day and not even pay attention to the time at all. That's how I knew I was really doing something that I loved to do—when the time would pass and I’d have no idea and all of a sudden it's midnight and you're still happy, still going, and you still love what you do. And it doesn't even feel like work at that point. So we took a leap of faith and decided to open a store.”

Four years later, she opened a second storefront and in 2020, at the height of the COVID-19 pandemic, she took another risk and opened a third. That year, Chick Boss Cake eclipsed $1 million for the first time. Rebecca says hitting that magic number was an important milestone that inspired her to share her story with other aspiring entrepreneurs who wonder if they can beat the odds and achieve success. In 2021, she published her first book, The Million Dollar Bakery and hosts the podcast Scrap the Sweet Talk.“

I want people to be able to see that you can take that leap of faith,” she says. “You don’t have to have any previous experience or education in order to be successful. It’s all a mindset game. I’m glad I had the opportunity to share my story with other people and hopefully inspire them to do what they actually want to do with their life.”

‍To listen and subscribe to the Before IT Happened podcast, visit www.beforeithappened.com.