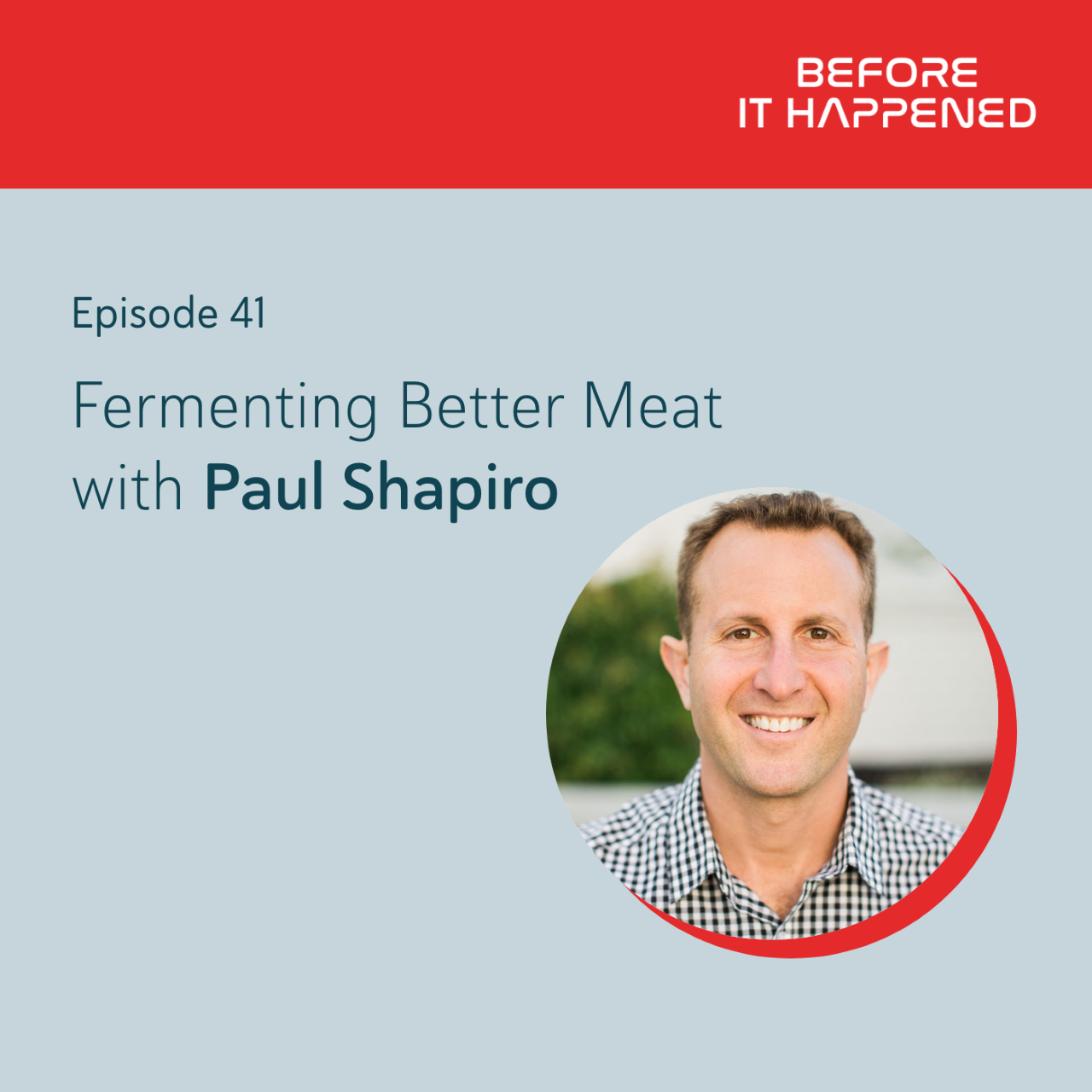 Paul Shapiro is vegan—but he insists he has no intention to try and convert the rest of the world to his way of living.

Shapiro is the co-founder and CEO of The Better Meat Co., a B2B startup that uses a special fermentation process to make plant-based proteins for producers of both meat and non-meat protein products. Essentially, it’s an ingredients company that he hopes will help even the most entrenched carnivores reduce the amount of plant-based protein they consume.

Paul’s veganism goes back to his early teens. He grew up eating and enjoying meat, but his relationship with his childhood pets—he refers to them as his siblings—and his mother’s volunteer work at a local animal shelter made him sensitive to animal suffering. The more he learned about how large slaughterhouses operated, and the more he discovered the benefits of plant-based eating, the less he wanted to continue devouring meat like his peers.

“My friend showed me a video of what happens inside slaughterhouses and factory farms,” he said. “The only thing I was thinking was what if those were my dogs instead of pigs or chickens. What if my dogs couldn’t turn around for their whole lives or that they were being hung upside down? There’s really nothing I wouldn’t do to stop that.”

Paul started small. In high school, he founded a club called Compassion Over Killing which advocated for the ethical treatment of animals and curbing animal abuse in agribusiness. The group launched sophisticated undercover investigations to expose wrongdoing in the agriculture industry. He later built it into a national organization and became the first official paid employee when he ran it for four years after college.

He later joined the Humane Society, where he served in various roles, including VP of Farm Animal Protection and later VP of Policy Engagement. There, he lobbied Congress to help vote down legislation that would be harmful to animals. After 13 years, at the Humane Society, he founded Better Meat. He decided he could be more effective by creating products to make it easier to reduce the need for animal protein than to try and influence legislation.

His coming-out party was the publication of his first book Clean Meat: How Growing Meat Without Animals Will Revolutionize Dinner and the World. The basic premise of the book was to take a deep dive into the work being done by the visionaries working on how to put slaughter-free meat onto American tables. The book was a bestseller and he became one of the leading public faces of the push for “clean meat.”

While doing press for the book, he was interviewed by food scientist Adam Yee, who was also the host of the food-industry podcast My Food Job Rocks.

Not long after meeting Yee, Paul reached out to talk about his idea for Better Meat Co. His goal was to get some leads on who he could partner with to get his idea off the ground. But it soon became clear that Adam was the person he needed.

Today, the company has already partnered with big meat companies, including Hormel Foods and Perdue Farms, providing them with ingredients that have allowed them to begin reducing the amount of animal protein in their actual meat products.