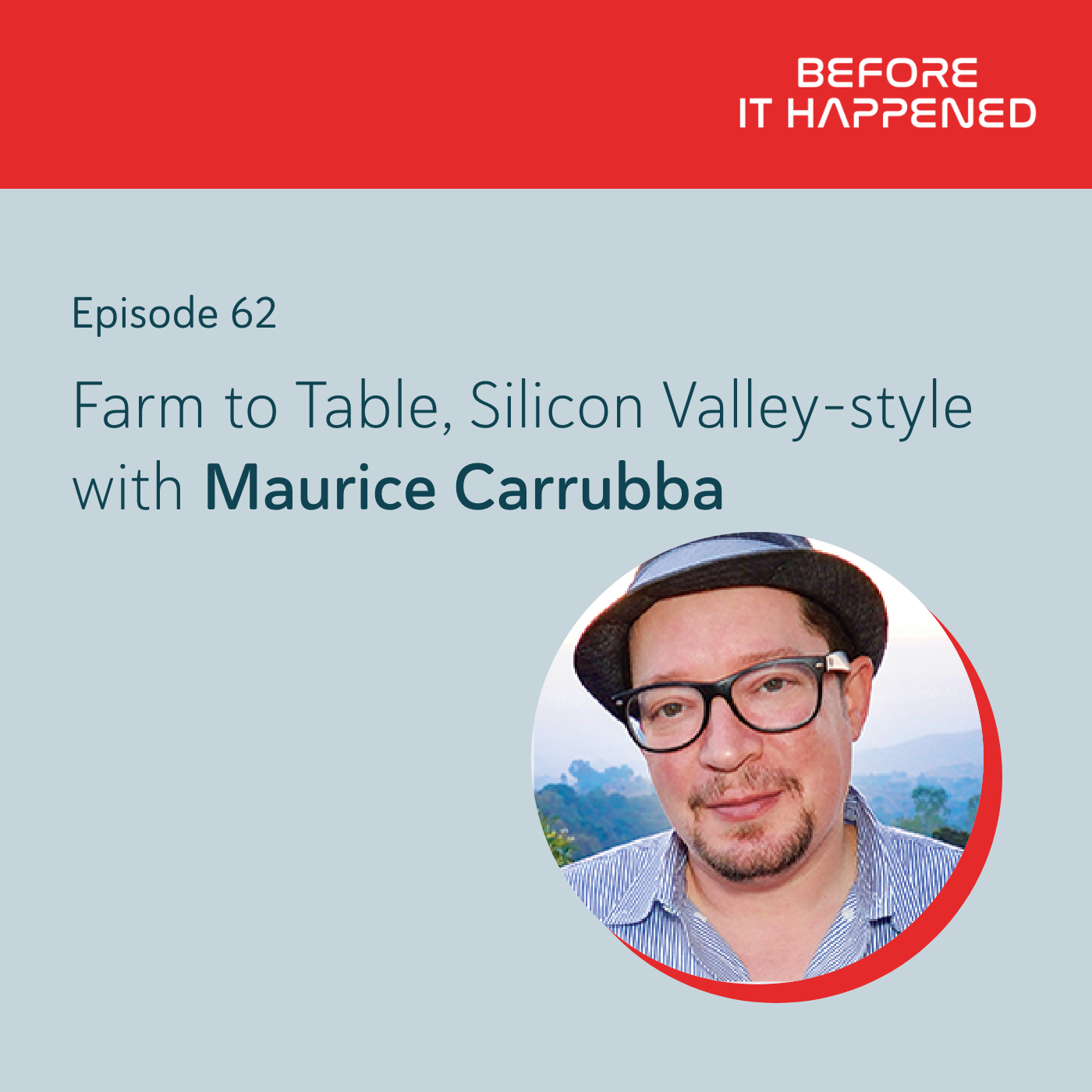 Our story begins on Mount Hamilton, perched high above Santa Clara County looking out over Silicon Valley, a region once known for its rich, abundant agriculture. Yes, before it became the center of tech and startups, this was The Valley of Heart’s Delight.

Long before the arrival of futuristic tech campuses, sprawling mansions and bustling freeways, the sweeping panorama of ranches and orchards stretched as far as the eye could see. The Valley of Heart’s Delight was renowned for its apricots, walnuts, and fruits of all kinds. Salinas Valley to the south produced lettuce and strawberries. Eastward lay the Central Valley, the nation’s breadbasket, today the engine of California’s booming $54 billion agriculture industry.

This is a tale about how a love of farming, food and the entrepreneurial spirit caught fire in Silicon Valley. It’s the story of Maurice Carrubba, a Sicilian born restaurateur with an insatiable appetite for exquisite food, beautiful views, fertile land, and sustainable practices.

Carrubba’s historic GrandView restaurant on Mount Hamilton, recalls his childhood in the hills above Sicily’s coastal city of Siracusa. “Sicily is still very much like that. I remember harvesting grapes at my grandfather’s vineyard, picking vegetables at my uncle’s farm,” Carrubba says. “In the town, everything’s a farmer’s market. You walk down the street and there’s beautiful stone fruit, and the smells coming from the panificio – that’s the bakery where all the bread’s coming out – in the morning people are getting ready, making food for people to pick up and take home and eat with their families. The butcher shops, the cured meats, you can smell all the wonderful food love going into their products.”

Carrubba has been called the Warren Buffett of restaurateurs, with his knack for finding classic “value” restaurants with great bones, and then transforming them into go-to dining experiences: La Foret, Osteria Toscana Palo Alto, Caffe Riace and San Benito House. His magic formula is one part Silicon Valley ­– high-risk, high-reward scale – and one part good-old-fashioned work ethic. There are a lot of “very strong, very hardworking men and women in my family,” he says. “Whether it was cooking or working on the farm, I had all these mentors who instilled good ethics and honesty.”

The transformation from owning one simple establishment to restaurant empire was meteoric. Opened in 1997, Caffe Riace featured his mother’s recipes, and just four or five tables. Within two years, the restaurant had become a full-fledged restaurant with 250 seats and an hour to two-hour wait. When Stanford University asked for a bid on a restaurant in the engineering building, “they wanted something elevated, not just cafeteria food.” What started as a contract for one restaurant became 13 locations throughout the massive campus. “We were serving 15,000 people a day.”

Even that new business didn’t satisfy his appetite for invention. “I needed a bigger challenge. I wanted to learn all aspects of food service.” So, the Stanford contract expanded into a full-blown new catering company, growing 20-fold, from $250k to $5 million in annual revenue in just three years, eventually becoming five catering companies.

Carrubba’s thirst for discovery has continued unabated. He’s cooking up a Mexican restaurant that goes against type, designed around high-quality meats and vegetables. And recently moved beyond food – opening a winery with his brother.

Something tells me this won’t be his last new venture.