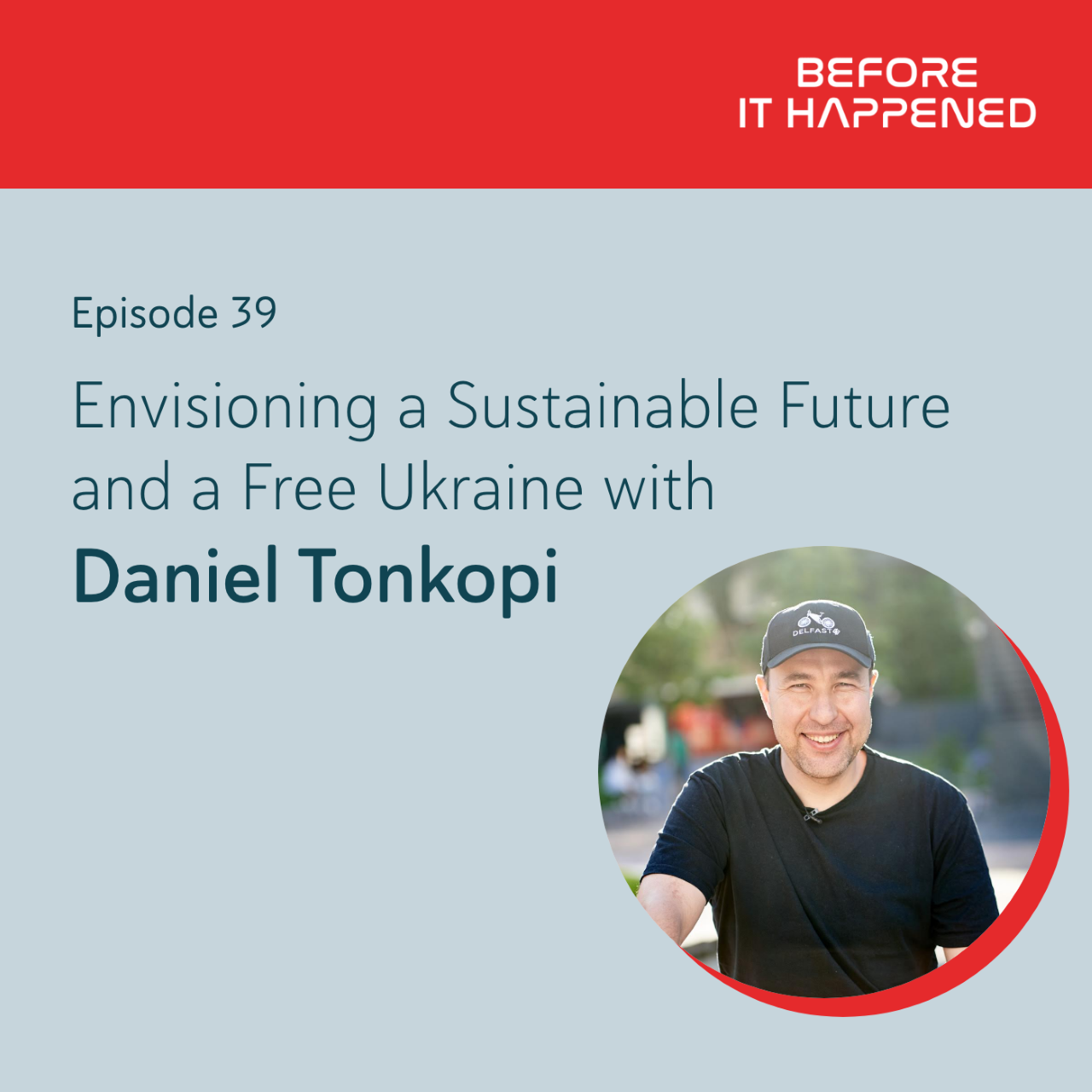 Daniel Tonkopi may have moved his company from Ukraine to the United States, but, in his heart, he’s never felt like he left his home country.

Daniel is the founder of electronic bike startup Delfast, which earned fame after establishing a Guinness World Record by traveling 236 miles on a single charge. The company grew from a small delivery service in Kyiv that built its own bikes to one of the leading producers of e-bikes in the world.

But while he’s been running the company from its new headquarters in Southern California, his fellow countrymen—including most of his employees—are still in Ukraine enduring the unspeakable terrors of war and violence. Most have been displaced from their homes. Several are working from anywhere they can find an internet connection. Others have joined the fight against Russia to defend their freedom and independence.

“We're doing our best wherever we are located,” Daniel told me. “I'm here in Los Angeles and I'm doing my best—I'm going to meetings, I write petitions to American senators to help us, to protect us, to protect Ukraine. And you definitely can see that Ukrainian people will never, never quit. My team is the same. We'll never stop. Nobody can stop us and nothing can stop us. So we will protect our country, we will protect our houses, and then we will build everything up again.”

Daniel grew up in Kazakhstan when it was part of the Soviet Union. After the fall of communism, he attended law school in Moscow before finally settling in Ukraine, where he became a serial entrepreneur. After several stops and starts and two other successful companies, he created Delfast as a delivery service.

His father was an ecology professor, environmentalist, and author, and Daniel inherited his passion for preserving the environment. So it was a no-brainer to use electronic vehicles for couriers to make their deliveries. Eventually, they began manufacturing their own bikes, which attracted the attention of other businesses.

“People were asking us, ‘How much is this bike?’ We had to answer that we weren’t selling the bikes, we were just making deliveries. We got to a point where we were getting so many requests we figured we could make some money selling the bikes ourselves.”

Daniel and Delfast have never looked back, and the company has since sold its delivery service. But while moving the company’s headquarters to the U.S. has been a boon for business, it has made it difficult to be there for his team in Ukraine as much as he would like.

“We speak every day on Slack, we connect every week on Zoom,” he says. “We want to see each other and ask how we’re doing, where we are. I show them what I’m doing—going to rallies, going to meetings, sharing the letters I’m writing. For a man or woman on the team living in a basement, it’s crucial to see that they’re not alone—that we’re all trying to stop this war.”