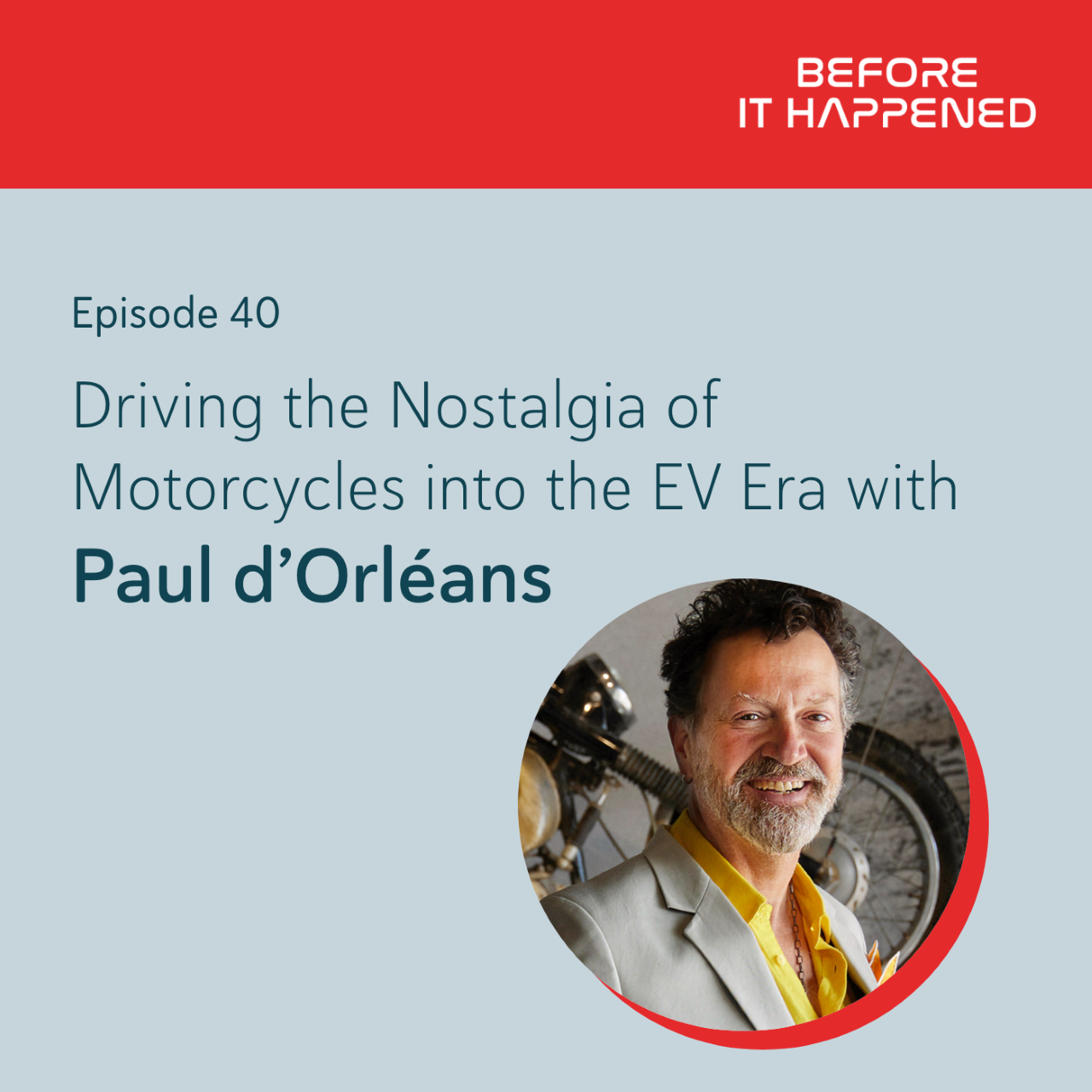 That might sound counterintuitive coming from the world’s foremost authority on classic and vintage motorcycles, but Paul is just as passionate about the future of two-wheeled transportation as he is about its past.

And the future looks electric—but don’t expect Paul to jump aboard the EV bandwagon without putting his thoughtful nature to serious use.

“Electric vehicles are super important,” he told me. “But I’m not just a blind booster. I think there are huge hurdles still to overcome regarding the environmental impact of battery technology and extraction in general. I think it’s our obligation to promote further research and make the technology better.”

Paul is not just a motorcycle enthusiast. He’s a motorcycle archivist. He’s the creator of the widely influential blog The Vintagent and has authored numerous books on motorcycles, including the first-ever book published about the electric revolution on two wheels, called The Current. And he’s even turned part of his blog into an EV newsletter called The Current News. And in 2019, he curated the first-ever exhibit of electric motorcycles at the Peterson Automotive Museum in Los Angeles.

His relationship with motorcycles goes back decades. As a teenager, he borrowed money for his first bike—a tiny 50 CC Honda—to ride to and from school. That led him to begin devouring any motorcycle magazine or book he could find. After college, while working as a painter and muralist in San Francisco, he started collecting bikes while immersing himself in the city’s motorcycle subculture.

“There was this kind of neo-cafe-racer scene in San Francisco,” he said. “I had a club called the Road Holders, there was another one called the British Death Fleet. We would all ride Triumphs and Nortons to the bars at night. It was a truly awesome scene. Just a really strong and vital alternative motorcycle scene.”

As his renown grew worldwide, Paul started getting invited to exclusive events around the world. He became privy to the kind of information that only bolstered his reputation as a leading industry insider. One such instance in 2009 made him one of the first people to learn about a secret project to build the first electric motorcycle.

“There were a bunch of ex-Tesla guys working on it and I saw the design and my mind was kind of blown,” he said. “I’d watched the evolution of Tesla being in San Francisco and I’d started to wonder if there would eventually be a knock-on for motorcycles. When they told me it was happening, they told me they’d let me break the story on my blog.”

The company was Mission Motors, and the designer was legendary industrial designer Yves Béhar, a personal friend of Paul’s. After the news of the project broke, the EV race was on.

Today, there are close to a thousand EV startups around the world. And many of them are building electric bikes. And Paul—ever the historian but never the nostalgic—says the current race reminds him of the motorcycle landscape in the early 1900s when hundreds of manufacturers were scrambling to break out from the pack.