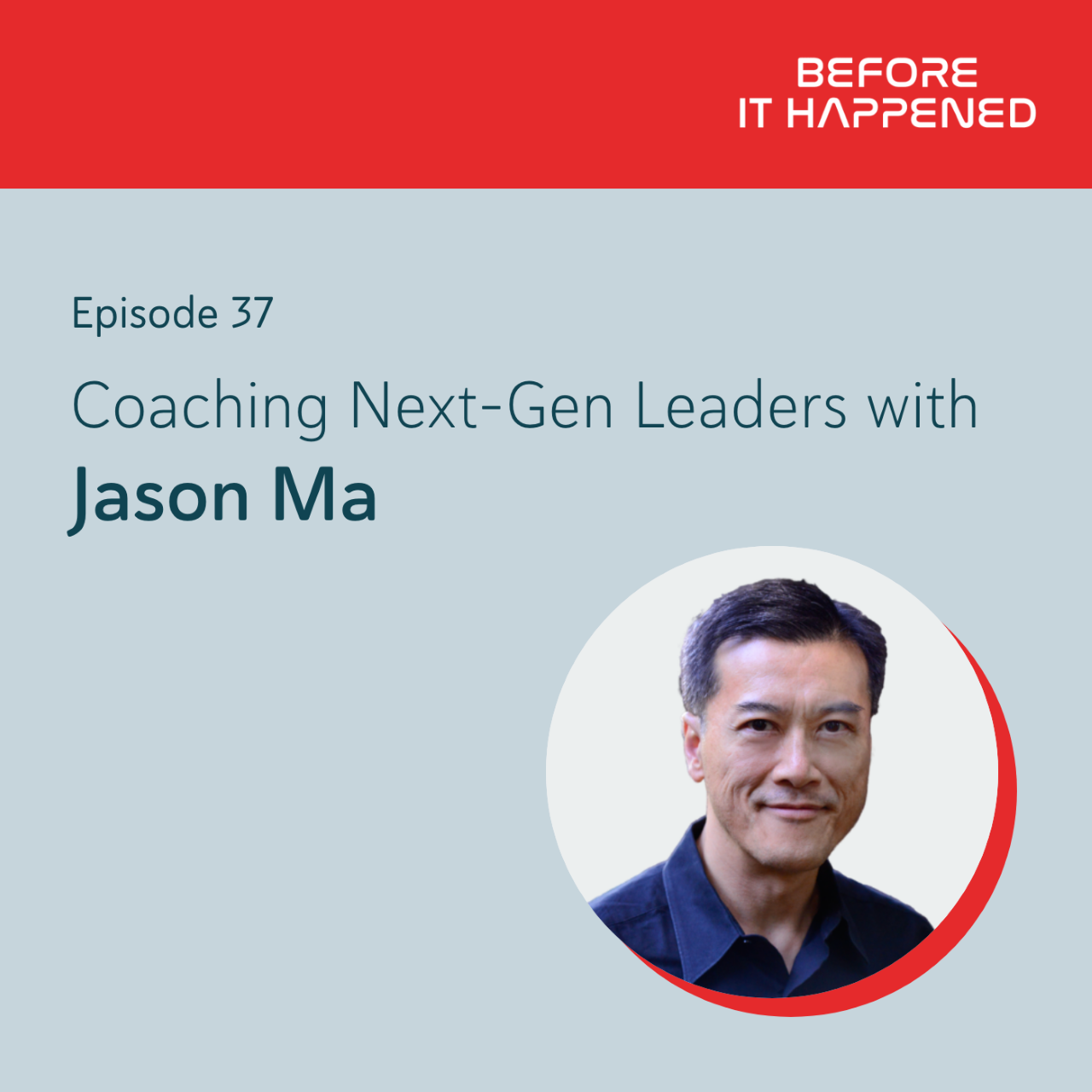 In our founder-obsessed culture, we often spend so much time thinking about the people behind the products and ideas that will shape the future that we forget about the people who help shape those visionaries along their way to changing our lives.

Jason Ma is one of those people. He’s a serial entrepreneur himself, but his greatest contribution so far has been to the next generation of dreamers, creators and business leaders. Jason has dedicated much of his career to helping shape, mold and prepare them for when their time comes at the center of our next world-changing movements.

Jason is an expert on the future of our workforce because he’s helped countless young achievers get into the schools of their choice, land their first job and navigate the ever-changing professional landscape both in and out of Silicon Valley. From Boomers to Zoomers, Jason has become a leading voice for all generations whether they’re planning for college, just entering the workforce, or simply trying to stay ahead of the curve.

“I try to give my students clarity when it comes to the pragmatic, emotional and social leadership intelligence that applies to all of us,” Jason told me. “It’s not just about hard skills. Those can become obsolete as technology advances. The main thing I try to impress upon students is to pay attention to your soft skills. Keep at it. Keep honing with humility because lifelong learning is essential. The students who understand that are the ones who will be leading us in 10, 15, 20 years.”

Jason has never stopped his quest for knowledge. He moved from Hong Kong to San Francisco with his parents when he was 11 years old. Once in America, his father worked as a cook and a building custodian and his mother was a seamstress. His parents spoke little English, but Jason says he and his sister acclimated quickly to American culture.

He studied engineering at Berkeley, and after graduation, he jumped headfirst into the exploding tech scene both in Northern California and Asia. He became an international sales leader with several startups, splitting his time between California and the Pacific region.

After spending more than a decade traveling on his companies’ dime, Jason became his own boss. In 2002, he and a team of partners launched a mobile payments company that operated in Beijing and Silicon Valley. He later opened his first consulting firm and eventually helped found an education services company in China. That company would merge with a chain of education centers in the States and become IvyMax.

It was there that he first started counseling students on how to get into college. In 2011, he opened ThreeEQ, his first consulting firm dedicated exclusively to mentoring and coaching. Around that time, also he began following a group of 23 students between ages 17 and 24. Each attended elite universities, including MIT, Oxford and all eight Ivy League schools. In his 2014 book Young Leaders 3.0: Stories, Insights, and Tips for Next-Generation Achievers, he chronicled their journeys through school and early professional careers.

Each of those students is now out in the world doing great things—and true to form, Jason says he has remained in touch with most of these future leaders and still offers them guidance and words of wisdom as they embark on changing the world.

“The world is changing on these kids so fast,” Jason says. “That can be scary and that can be exciting. It can be both. So whether it was with the kids from the book or the kids I continue to counsel and mentor today, I try to help them manage these changes from a psychological standpoint. It’s about mindset much more than it’s about skills. And I’m motivated to help them develop the right mindset so they can achieve.”