Gamification—It’s all in the Game

Gamification is a hot topic these days.  This is sort of funny to me that in 2011 it’s all about gamification.  The reason why I say this is that I remember a bit push in, oh maybe 1985, to start building game look and feel into non-game related software.  But it’s different now, more advanced and more thorough. In fact, there’s entire editorial blogs dedicated to Gamification such as http://newstopiaville.nextnewsroom.com/what-is-gamification/.

Gamification isn’t just about making software look like a game.  It’s about incorporating the most critical aspects of games such as rules, scoring, objectives, social interaction, and immediate feedback into web sites, software, and business processes.  Although it isn’t just about making something fun, gamification does have a lot to do with making every day actions fun.

For example, think about the way an

online RPG works.  Players get together and form guilds or clans to work together to accomplish a common goal that benefits all involved.  Now think about a site like Groupon.  You band together with your friends (or strangers) to gain volume pricing and discounts.  Then add the element of artificial scarcity (only 5 minutes left to buy!) and a slick interface and shopping becomes just like playing a game.

There are plenty of places where game mechanics are implemented in our daily lives.  I would even go so far as to say that whether we like it or not our lives are game mechanics.  How many times has someone told you that life is like a chess match?  Have you ever noticed yourself shopping for a better deal, not because of the deal but because of your internal sense of competition?  I have a friend whose father pulls in $5 million a year, but to buy a TV he’ll spend 3 months looking for the best deal even if it means saving $10.  That’s not about saving – that’s about playing the game of saving. 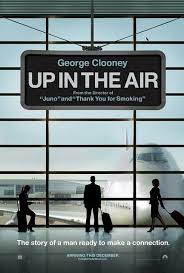 Loyalty programs, like those of airlines, hotel chains, and car rentals are very simple game mechanics.  We love earning those points (see Up in the Air) yet we never use them.  Why?  Because our competitive nature just wants the points and the actual use of them is incidental.

I suspect we’re going to see more and more websites rely on game mechanics to increase conversions.  In a way, what the market is saying is, “games are popular and this is an industry where there is money to be made.  If they can make money using this tactic so can we, so let’s build game mechanics into our product.”

It’s my opinion that this is a significant trend for game developers to follow.  Let’s be honest, all of us would love to write games.  But there aren’t necessarily enough game developer jobs for all of us.  Plus, there’s the reality that developing business software might pay better than developing a game.

I’m not saying that there should be a mass exodus from gaming.  Rather I’m saying that there is some value in learning how to apply the mechanics that work in games to the development of other software.  It may open up new doors for you, should you choose to open them.  And look at it this way – the more aspects of gaming that we can build into the rest of the world, the better the rest of the world can be.

Interview with Tim Chang on Gamification: